Diseña un sitio como este con WordPress.com
Comenzar
Saltar al contenido
In the aftermath of the Boston Marathon bombing, the photo of Jeff Bauman Jr. being rushed to the hospital shortly after having his legs blown off brought us face to face with the grim reality that many victims of this tragedy would be undergoing limb amputation.

With the Modular Prosthetic Limb, researchers from Johns Hopkins University Applied Physics Lab have successfully demonstrated the possibilities of controlling artificial limbs simply by thought.
JOHNS HOPKINS UNIVERSITY APPLIED PHYSICS LAB
But advances in prosthetic technologies over the last thirty years have far surpassed the crude, wooden models that once made having artificial limbs such a nuisance. In fact, today’s robotic and bionic devices are giving amputees nearly full restoration of their lost limbs.
Hugh Herr, head of the biomechatronics research group at MIT Media Lab and double leg amputee, says he predicts “bionics will catch on like wildfire.”

“It’s a win for the patient. It’s a win for the healthcare supplier and it’s a win for the payer,” Herr told Discovery News. “Right now the payers think that high tech is expensive and should be avoided. I’m trying to change that paradigm.”
While bionic prosthetics are more expensive on a device-by-device basis, Herr says they can help reduce secondary disabilities such as hip arthritis, knee arthritis and lower back pain that amputees often develop from using prosthetic limbs.
“Those secondary disabilities are what drive up health care costs,” he said. “If you can emulate nature, if you can truly replace a limb after amputation, those secondary disabilities will never emerge and that person will remain healthy for their entire life and won’t have these astronomically high health care payouts.”

Foot and ankle prosthetics have come a long since the SACH, the Solid Ankle, Cushion Heel, developed in the mid-1950s.
WILLOW WOOD
Herr says there have been three eras in prosthetic limb technology. First was the SACH foot era, which stands for Solid Ankle, Cushion Heel. Developed in the mid-1950s, the foot typically had a wood core, with a foam and rubber outer shell. While the artificial foot gave patients more stability, it offered little lateral movement.
“Foot-ankle prosthesis you could characterize as related to energy return during the push-off phase,” Herr said. “The SACH foot basically stores little to no energy, nor returns little to no energy,”
New models of the SACH foot with titanium cores are still used today, but are only recommended for patients with a low activity level.

The carbon graphite technology in the Flex Foot essentially puts a spring in the wearers step.
JULIAN FINNEY/GETTY IMAGES
For hundreds of years, prosthetic feet that were fundamentally similar to the SACH foot were widely used. During the 1980s, a new era began, when Herr says the Flex Foot carbon design changed that paradigm.
Developed by Van Phillips in 1984, Flex Foot’s carbon graphite technology essentially put a spring in the wearers step. By storing the kinetic energy of each step, the artificial foot allowed amputees to jump, walk and run at speeds of up to 28 feet per second. The Flex-Foot Cheetah blade is the technology’s most high performance model and primarily used for people with below-knee amputations. Though the cheetah blades allow wearers to run like the wind, Herr says carbon prosthetics still don’t provide a normal level of energy return.

The BiOm Ankle System is the first bionic ankle-foot device commercially available for lower-extremity amputees.
IWALK INC.
The third era is robotics or bionics, in which there’s an energy source and an actuator in the artificial limb that can produce energies greater than what a spring can produce. “For legs, we’ve just entered that era,” said Herr, whose BiOm Ankle System is a leader in the field.
As the first bionic ankle-foot device commercially available for lower-extremity amputees, the BiOm Ankle System reestablishes the biomechanics of the ankle-foot function across all walking speeds. The system’s comprehensive design emulates the muscles and tendons of the human ankle joint and puts forth more mechanical energy than it absorbs. This allows amputees to walk with a more natural gait at their own chosen speed, using the same amount of energy as a non-amputee.
Using three computers and six sensors BiOM’s processors are able to adjust stiffness in the ankle, spring equilibrium and propulsive torque 500 times a second. When an increase in torque is detected in the ankle joint, an actuator helps trigger more torque to modulate the foot’s push-off power, even at different velocities and inclines.

Most recently, Touch Bionics announced their iLimb Ultra Revolution will be the first upper limb prosthesis controlled by a smartphone app. The bionic hand features four individually articulating fingers and a rotating thumb that can either be controlled by the wearer’s muscle signals or the new Quick Grip app system that automatically forms the hand into preset grip patterns. By tapping the app, users can access 24 pre-programmed motions that assist with picking up objects, grasping tools or shoe-tying, to name just three. 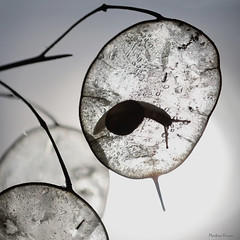 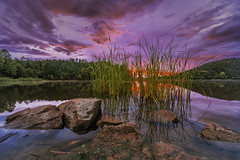 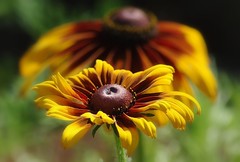